At 180-feet in height and located right at the entrance to EPCOT, Spaceship Earth is one of the most recognizable attractions within the Walt Disney World Resort.  This attraction is a geodesic...

Test Track officially opened in 1999 replacing the World of Motion Ride and is considered one of the most exciting rides in of the Walt Disney World theme parks.  If you love cars and speed,...

At more than 300 acres in size, EPCOT at the Walt Disney World Resort is one of the largest theme parks not only in central Florida, but also in the world.  The park features two main sections,...

View Post
link to Guardians of the Galaxy: Cosmic Rewind at EPCOT

A big part of the re-imagination of EPCOT for the 50th anniversary of the Walt Disney World Resort will include the much anticipated GUARDIANS OF THE GALAXY: COSMIC REWIND roller coaster. This...

The Hilton Orlando Buena Vista Palace is considered one of the better hotels in the Disney Springs Resort Area and is an Official Walt Disney World Hotel.  The hotel features 1,012-rooms and 124...

The Star Wars: Galactic Starcruiser is a new all-immersive, one-of-a-kind hotel adventure coming to the Walt Disney World Resort in Orlando, Florida.  Guests will board this "space ship" for a... 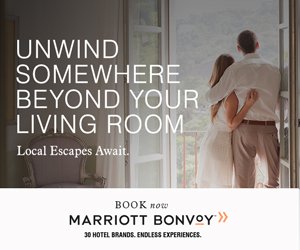