The Star Wars: Galactic Starcruiser is a new all-immersive, one-of-a-kind hotel adventure coming to the Walt Disney World Resort in Orlando, Florida.  Guests will board this “space ship” for a two-night / three-day experience that puts front and center within their very own Star Wars story.

Located adjacent to Disney’s Hollywood Studios, this highly unique experience is similar to that of a Disney cruise where you arrive at the dock to check-in, board the ship and are off.  Passengers are surrounded by an array of exciting things to see an do during the experience and food, non-alcoholic beverages and of course, themed entertainment, is all part of the package.

According to Disney, “This groundbreaking experience is unlike any resort experience you’ve ever seen. From the moment you board your launch pod, it’s a fully-immersive, multi-day Star Wars adventure aboard a luxury starship complete with high-end dining, space-view cabins and all of the exciting action you would expect from an authentic Star Wars experience.”

Originally opened in March 2022, the hotel is a three-story structure that is considerably smaller than most traditional on-site Disney area resorts. The cabins will be near the rear of the building containing approximately 100 total rooms (passenger cabins and suites).  For comparison purposes, the DoubleTree Suites by Hilton Orlando in the Disney Springs Resort area features 229 rooms in a seven-story building.

Since this hotel experience takes you deep into “space”, there are no outside amenities like that of a traditional Disney hotel which typically include a resort style pool or water park. The Star Wars: Galactic Starcruiser guest experience will be that of a fully immersive space flight.  Guests arrive at terminal to board Launch Pods which will take them to The Halcyon starcrusier to begin their voyage at a galaxy far away.

Once aboard the Starcruiser guest will get to explore a number of areas of the ship including The Atrium, which is the main gathering place, and The Bridge which is the operational heart of the ship.

Guests will be assigned a cabin which will sleep up to five.  Although there are no exterior windows (so you will not be able to see anything outside), video monitors are strategically located to show what’s going outside in space.

Based on Disney’s concept art, the cabins don’t appear to be very large in overall size.  However, each cabin will be fully themed to the experience and include bed, bunk pods (think bunk beds built into the cabin walls) and a full bathroom.

There are approximately 100 passenger cabins and suites which are as follows:

Standard cabins sleep 4 to 5 passengers and include a queen bed, a two berth bunk style bed and a wall enclosed pull-out bed for an adult.  Amenities include a television, mini-refrigerator, in-cabin safe, telephone and hair dryer.  Specialty bath and show products are also included.

The one-bedroom Galaxy Class Suites sleeps up to 4 passengers and includes a living area along with separate sleeping quarters.  The room configuration includes a queen bed a two wall enclosed pull-out beds for adults.

There is a double vanity in the bathroom, bar area and two windows (video monitors).  Amenities include a television, mini-refrigerator, in-cabin safe, telephone and hair dryer.  Specialty bath and show products are also included.

There is a double vanity in one bathroom along with a single vanity in another bathroom, bar area and three windows (video monitors).  Amenities include a television, mini-refrigerator, in-cabin safe, telephone and hair dryer.  Specialty bath and show products are also included.

Although specific details about the Star Wars: Galactic Starcruiser amenities have yet to be fully released, Disney has indicated several passenger experiences once on board ship.

One of the most anticipated experiences when onboard the Galactic Starcruiser is the lightsaber training.  Guests can wield a lightsaber just like a Jedi and test their skills against a remote training device.

This experience is limited to guests ages 7 years or older.

Passengers get to visit the bridge area and see the operations of the ship as well as how it functions.  The Halycon Starcruiser crew will teach the guests navigation, power and defense along with other critical systems.

A relaxing Star Wars themed lounge which is designed for passengers of all ages.  guests can relax with a specialty beverage while wagering on a game of Sabacc.

While the Galactic Starcruiser does not directly connect with Disney’s Hollywood Studios, it is just a short distance away there will be a special excursion to the Black Spire Outpost at Star Wars: Galaxy’s Edge.  Guests will enjoy a special “one-time entry” into Star Wars: Rise of the Resistance and the Millennium Falcon: Smugglers Run.

The difference in a stay on the Galactic Starcruiser versus that of a traditional theme park experience or cruise is that the guest becomes part of the action.  They will get to interact with the crew, participate in themed activities and for two nights, live just like one would if they were up in space.

During the first night of your voyage guests enjoy table service dining in the Crown of Corellia Dining Room.  Along with the themed cuisine, guests will find distinctive entertainment as they mingle with the other passengers and the crew.

The “Taste Around the Galaxy” is showcased during the second night of your voyage.  This meal includes appetizers for the table along with a choice of entrees as well as a specialty dessert.

Breakfast and lunch is served in the Crown of Corellia Dining Room.  Breakfast includes both hot and cold options along with coffee, juices and the Bubo Wamba Family Farms blue mile.  Lunch features a selection of sandwiches, mini flatbreads, soups, small bites, salads and desserts.

According to Disney, pricing for the 2-night experience for voyage department dates on weeknights from August 21, 2022 to September 14, 2023.

Packages, per guest, include admission to Disney’s Hollywood Studios, two breakfasts, two lunches and two dinner meals and one quick-service meal consisting of one entree and one beverage.

While this is much more expensive that a three-night Disney Cruise, due to the limited capacity of the experience as well as the anticipated demand.

Since it’s opening in May 2019, Star Wars: Galaxy’s Edge has been the main attraction at Disney’s Hollywood Studios. This land provides guests a fully immersive to the Black Spire Outpost on the planet of Batuu from the Star Wars story line.

There are a number of attractions and experiences which include:

And outside of Galaxy’s Edge you will find Star Tours, Jedi Training: Trials of the Temple and the Star Wars Launch Bay. We attempt to keep our theme park guides updated with the latest information on the Walt Disney World theme parks.  So when your planning your next visit, be sure to check out the guides to your park of choice. 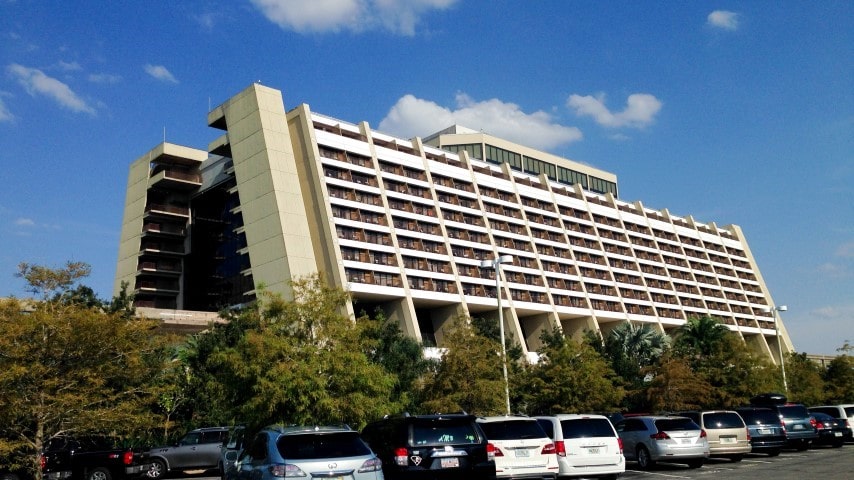 Located on-site at the Walt Disney World Resort, Disney's Art of Animation Resort is one of Disney's "Value" category resort hotels, providing an array of amenities at a fairly affordable price. The...

Star Wars: Galaxy Edge opened in May 2019 to massive crowds.  Plans for this highly themed area of Disney's Hollywood Studios at the Walt Disney World Resort were initially developed in the...